Animal testing, vegan labels, cruetly free, etc... How to know the real from the false? Here, we tell you everything!

In Europe, there are cosmetic regulations to know and respect for the creation of a cosmetic product. The first directives on the subject were put in place in 1975 and the standardization of the European cosmetic regulation has been achieved since July 11, 2013.

Any product manufactured and sold on the European territory must comply with the European cosmetic regulation EC 1223/2009.

Article 18 of the European cosmetic regulation

Within the European Union, the testing of finished cosmetic products on animals has been prohibited since September 11, 2004, while the testing of cosmetic ingredients on animals has been prohibited since March 11, 2009. Indeed, since this date, the marketing in the European Union of cosmetic products and ingredients tested on animals, in order to comply with the requirements of the regulation in force, is also prohibited. This marketing ban did not apply to the most complex effects on human health requiring experimentation, in the absence of alternative methods, to demonstrate the safety of cosmetic products. These were repeated dose toxicity, reproductive toxicity and toxicokinetics. The European Parliament and the Council decided to ban these tests from March 11, 2013. Therefore, the marketing ban became fully applicable as of March 11, 2013, regardless of the availability or not of alternative methods to animal testing. However, there are exemptions provided for in Article 18 of the Cosmetics Regulation. It should be noted that to date, no derogation has been granted under this provision allowing "in exceptional circumstances" the use of animal testing.

Verification of compliance with the prohibitions on experimentation was carried out in the context of regular inspections. There was no specific inspection programme to check compliance with the ban on animal testing. The controls carried out by the competent national authorities focused on the verification of the Product Information Dossier (P.I.D.). The problem raised by some Member States was the inadequacy of the data on animal experimentation provided in the P.I.D. checked. This is due to the fact that raw material suppliers either do not provide adequate toxicological information to the product manufacturers, or simply attach an attestation stating that the ingredient has not been tested on animals. Considerable progress has been made on several levels in the development, validation and regulatory acceptance that can substitute for animal testing in 2018. Research and development activities continued in areas where alternatives, reductions and refinements are more difficult to find. Research is still underway to develop these.

The lack of comprehensive alternative methods for the more complex toxicological areas of repeated dose toxicity, reproductive toxicity and toxicokinetics is recognized. However, as explained above, even in this case, animal testing is prohibited. This results in a limited freedom of action to introduce new ingredients, to request new uses of existing ingredients or to answer new questions about the safety of existing ingredients.

Until March 2013, it was possible to claim the absence of animal testing on finished products and as such a 2006 recommendation from the European Commission gave the conditions. Today, for the European market, the claim "not tested on animals" is no longer possible in view of the non-compliance with the criterion "compliance with legislation" of Regulation (EC) No 655/2013. Indeed, it explains that "the acceptability of a claim must be based on the image it gives the cosmetic product to the user". The claim "not tested on animals" could imply that other products will be tested on animals. Therefore, the member states ask for the repeal of the 2006 recommendation on the claim conditions. 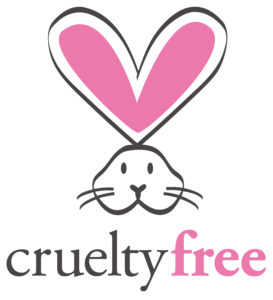 The use of logos such as "cruetly free" or "leping bunny" or "Choose Cruetly Free" has been discussed by the European Commission and the logos are no longer permitted in Europe for the reasons mentioned above. However, they can still be used in the US market and in other countries that do not have a regulation banning animal testing. Other labels, such as "one voice", are still usable because, although historically linked to the animal cause, they are now coupled with other concepts such as organic and/or vegan. The European Coalition to End Animal Experiments (ECEAE) was created in 1990 by European animal protection associations.

In 1998, because of this coalition, the ECEAE developed a "Humane Cosmetics Standard" (HCS) and a "leaping bunny" logo. Only companies that have chosen to respect this standard, i.e. not to test on animals, neither today nor in the future, and that purchase raw materials that have not been tested on animals, can use the logo. The HCS is also called the International Humane Standard.

In December 2018, the DGCCRF "General Directorate for Competition Policy, Consumer Affairs and Fraud Control" publishes a press release with the evocative title "Cosmetics: do not rely on the claim "not tested on animals". This is to remind that the claim "not tested on animals" and its visual counterparts such as the logos previously illustrated, is abusive and should not appear on these products.

An idea, a project ?

We can support you from the development, to the formulation through the choice of packaging

We value fairness, personal commitment in accordance with general interest, intergenerational solidarity and team spirit between the people and services of the company.

We believe in the empowerment and the recognition of the added value of our employees, regardless of their age, gender or position in the organization chart.
We favour a coherent work/life balance, a systematic approach based on humility and the systemic deployment of a participative and caring management.

Some features of this site (content sharing via social networks, direct video playback) rely on services offered by third-party websites. These functionalities place cookies allowing these websites in particular to track your browsing. These cookies are stored only if you give your consent. You can find out about the nature of the cookies stored, accept or reject them either globally for the entire site and all services, or on a service-by-service basis.